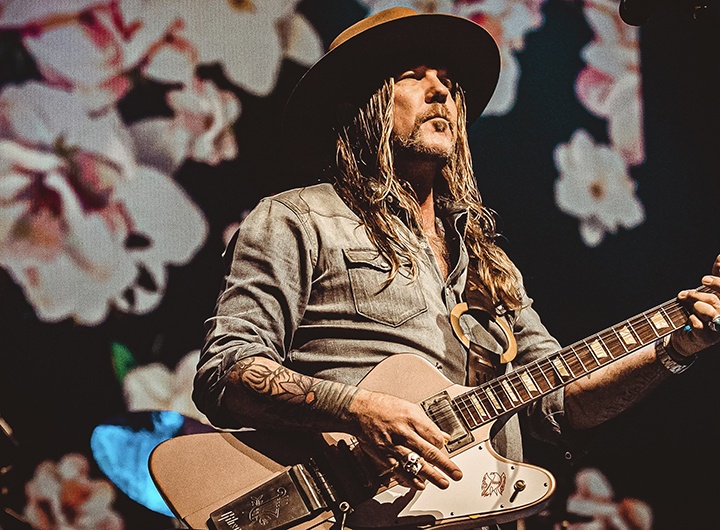 The Devon Allman Project is a six piece world-class band that has previously toured almost 20 countries. Playing the Peach Festival, Rock Legends Cruise and festivals in Europe and coast to coast in the USA. It is led by Blues Music Award winning Devon Allman and features the two Allman Betts Band drummers, bass, Hammond B3 organ and piano and another guitarist.

They will be playing songs of The Allman Brothers and Gregg Allman in their set as well as Devon's fan favorite originals and surprise covers. It's an exceptionally entertaining show. The show also feature the liquid light show and video visuals behind the band courtesy of "Brotherhood of Light" the touring visual company that toured with the Allman Brothers for 20 years and also for 3 years with Allman Betts.