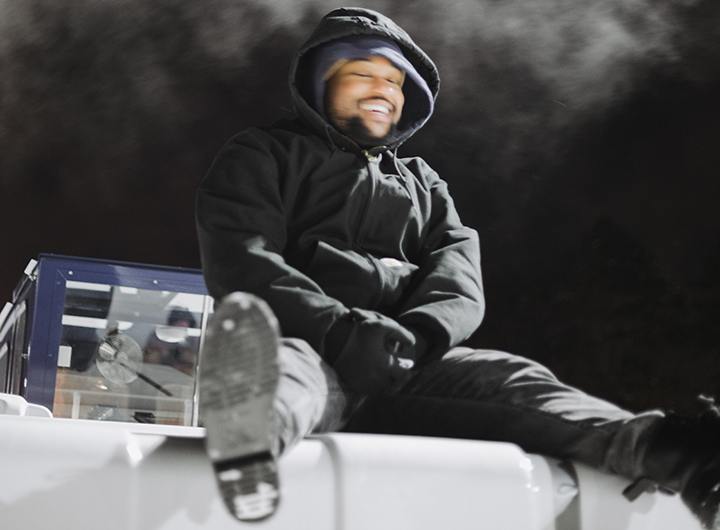 Jordan Montgomery is an acclaimed rapper and entrepreneur hailing from Pittsburgh, PA. Jordan released his debut album Driving While Black in 2016 and started the label of the same name later that year. Jordan has released an impressive discography of music detailing the complexities of Black life through compelling and engaging lyrics. Jordan has collaborated and shared stages with an accomplished array of musical greats including Rakim, Beanie Sigel, Freeway, Anti-Flag, and Tom Morello. Jordan collaborated with Grammy-nominated producer and engineer Big Jerm for his new album Prime Real Estate. The lead single Zamboni is now available on all streaming platforms.