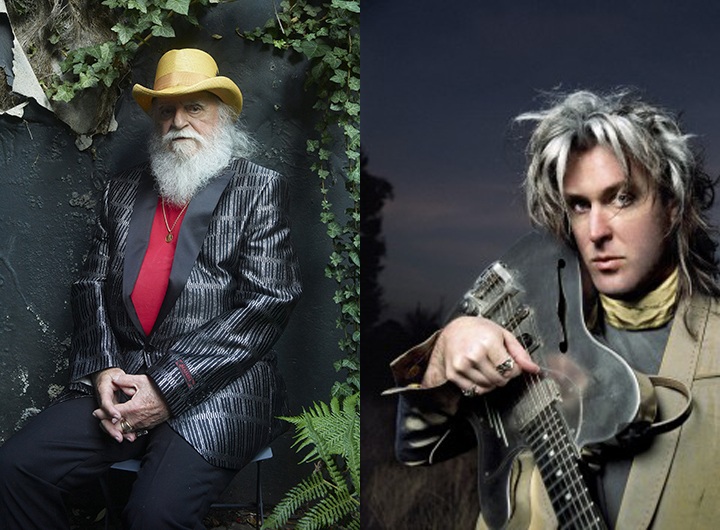 “When I wake up with a brand-new tune,” Tommy McLain sings on his brilliant brand-new album, “that’s how I know I’m still living.” This joyous declaration of music’s affirming spiritual power bursts out from McLain’s recently-released I Ran Down Every Dream (YepRoc.) It focuses on McLain’s soulful and beautifully-crafted original songs -- and the sentiment “that’s how I know I’m still living” is especially relevant considering McLain’s storied career of six decades and still counting. At age 82, Tommy McLain continues to write and sing in true peak form, thrilling a multi-generational audience of devoted listeners. Some such fans first heard McLain in the mid-‘90s thanks to his work with the Louisiana super group Lil’ Band ‘o’ Gold. Others have loved McLain’s music ever since his mega-hit “Sweet Dreams” climbed the national pop charts in 1966 -- and then stayed there “just about all year long,” as McLain proudly recalls.

For quick reference, Tommy McLain is known as a “swamp pop” artist. And, again for quick reference, swamp pop is a loosely defined Louisiana mixture that blends elements of classic R&B and early rock with tinges of Cajun music and zydeco, and a touch of country. In terms of song structure, much swamp pop is a blue-eyed soul take on the 6/8 triplet rhythm that is nearly identical to the repertoire of such mainstream icons as Fats Domino, many of whose hits are favorite covers in the swamp pop repertoire. What sets swamp pop apart is its deeply intense and soulful approach to vocals and a keening, sing-song sense of melody. This plaintive passion is heard in timeless songs by artists including McLain, Warren Storm, Johnnie Allan, Rod Bernard, Lil’ Bob, Phil Phillips -- whose “Sea of Love” was swamp-pop’s biggest national hit -- and Belton Richard, who sang swamp-pop in Louisiana French. Swamp pop’s intense and convincing emotionalism strikes deeply personal chords with its listeners -- and the specific point of this style, for Tommy McLain, “is to tell a little bit about my life and A WHOLE BUNCH about your life. I like people to get something out of what I write. I want my music to be the people’s music.” This commitment to making deep personal connections pulses through every song here on I Ran Down Every Dream.

C. C. Adcock is an American singer, songwriter, guitarist and blues rock musician, noted for his cajun, zydeco, electric blues and swamp pop-influenced sound and for his efforts to preserve and promote swamp pop music. He's also a Grammy-nominated music and film producer and film and TV composer.