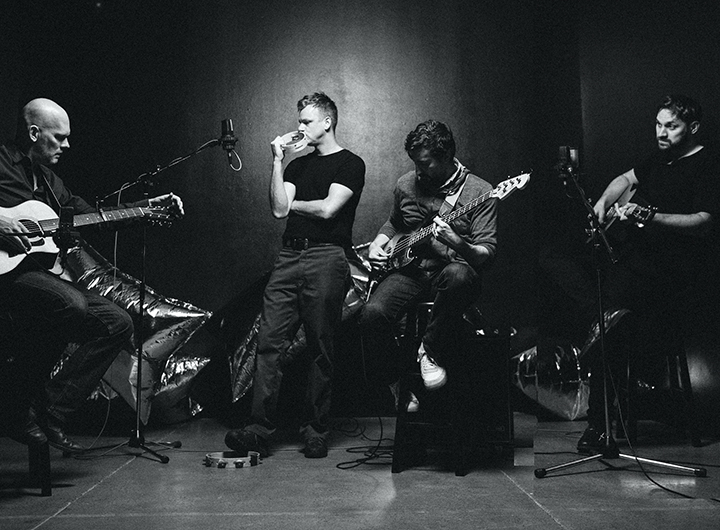 Meeting of Important People is a rock-and-roll-band from Pittsburgh, PA., led by songwriter and singer Josh Verbanets. The band is widely known for its spirited live performances over the past decade, and has gained national acclaim with a body of music showcasing elements of pop, garage-rock, folk influence, and anthemic twists-and-turns.

Two MOIP albums have been selected as WYEP-FM Hometown Releases of the Year (their 2009 self-titled debut, as well as 2016 album TROIKA); the band has starred in a viral cardboard city music video, and has shared the stage with renowned artists such as Ok Go, The Secret Machines, David Bazan, Flamin' Groovies, Eve6, Dar Williams, and Dean & Britta. Their debut album received vinyl re-release in 2011 by legendary garage label Get Hip, and many MOIP songs have been featured on E's KEEPING UP WITH THE KARDASHIANS, MTV's TEEN MOM, THE REAL WORLD, and JERSEY SHORE, and CBS' THE GHOST WHISPERER, among others-- if you listened hard enough.

MOIP promises to keep the loud parts loud, the pretty parts pretty, and the people happy.